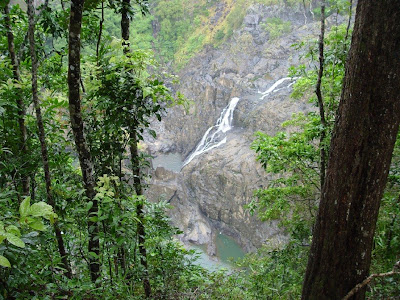 I have a great and amazing intuition which is acting as a virus in my dreams during my sleeps:
Who is the farest society from our world? Europe or USA? or wherever in the western countries. I guess the rain forest, may be in Borneo or South America…
So I decided to document myself by reading severals ethnologicals and anthropologicals books about jivaros indians who are living in the deep amazonia. By doing this I discovered that the shuar indians and the shiwiars indians (only 700 humans in the world) are much more dealing with their dreams and hallucinations than the reality as defined by Plato and Descartes in our societies. Jivaros are much more well known as the indians who used to beneath western peoples to make shrunked heads. This pre-modern society is dealing more with war and heroïsm than peace. Human are becoming great by getting and arutam soul. The only way to get arutam soul is to kill a lot of man…
Western countries has always been fascinated by their agressive behaviour: Are they agressive ? I’m not so sure…
The main point is that people are not dealing with the same reality than us: for them the daily life is a dream and an hallucination and the real life is after death or during their dreams and hallucinations. If we keep this in our mind, we understand better why by having a killer behaviour we are a great man in these societies.
Now let’s think about our new tech civilizations, internet media, search engines, language capitalization and so on so on…
Everybody knows that the main behaviour of these medias are paranoïa and psychosis
And internet is certainlly not dealing with Plato or Descartes reality …
And now let’s think about wifi technologies: These “air technologies” is giving us a great opportunity to use internet reality as layer on Plato reality by escaping the wall, the connexion, the wires, and, by sitting in a beautiful garden under the sun. On the grass with our laptop on our knees, we are communicating, chatting, surfing and at the same time we may look a beautiful ass moving upon our screen
What a great epiphany ! I am so curious to know what would be the reaction of James Joyce in a context such like this ?
This laptop with its screen, is it a reality or an hallucination plugged in daily life reality ? we know just one thing: if you look too much the ass moving upon your laptop. You will close and light off your laptop to have a drink with this girl and your online biz will crash immediately
So I don’t need to argue that these informations on your screen are not only a layer on our daily life realities, our Plato realities. They are both interacting on so many different ways.

In this context I cannot empeach myself to turn back to the shiwiar community, specially a small village in deep amazonia closed to Peru border in Ecuador where 18 humans are living alone and feel more and more lonely and lost in front of our global world…They start to depreciate themself by being fascinated by our consumerist world… They were seeing in the sky some planes flying upon their head. They were thinking that definetely white people are really great shamans because they can fly, they can curate every sickness and diseases and they know through magical object make their life much more easier than theirs: they are thinking when a white man is calling on his mobile phone, is communicating with some spirits through a magical object. On the other hand they quickly understood very quickly that this world flying upon their head will be their nightmare. Because year after year, they can see that they have more and more difficulties to hunt, to feed themself because deforestation is coming closed to their village…
Hereafter a quote from their website

“Sadly, the Ecuadorian Government does not value or respect the indigenous people of the Amazon. In search of short term profit they would shamelessly sell our land to multinational companies, irrevocably destroying the ecosystem and our culture. After a long political struggle, Ecuador legally recognised us as an independent nationality, and grated us 89,337 hectares of land. However, we still have 100,000 hectares of ancestral land to legalise.

Oil was found on our territory during an exploration campaign made in the 1970’s.Thankfully it is still untapped, however we fear that it is only a matter of time before our territory is sold, exploited and destroyed. It is therefore imperative that our land is legalised. Our political representatives, the ONSHIPAE (Organizacion de la Nacionalidad Shiwiar de Pastaza Amazonía Ecuatoriana), together with the Pachamama Alliance, are struggling to obtain legal recognition of our territory, but it is a difficult and expensive fight. We hope that ecotourism will generate the funds, support and international awareness needed for us to succeed. We believe it will also emphasise the importance of our environment and cultural traditions to our people, and will generate hope and self respect within our community.”

One member of their community has travelled to USA and discovered what is our global world and its consequences on these amazonian societies. This shiwiar understood that the only way to save his community is not to escape the global world by moving deeper and deeper in the rainforest. Because they are already in the perfect amazonian geographical center. And here at the point 0 of Amazonia, they can see gaz company, gold hunter, narco dealer destroying their forest, their ressources and their environment. The shiwiars understood immedaitely if they are doing nothing they will have to emigrate to the cities that means the death of their culture and identity. They understood that the only way to save their identity is to deal with the political context of their country. They followed some other jivaros indians like shuars and a-shuar who have founded confederations who started to have a real political power. So 3 years ago the shiwiars has founded their own confederation:
The FUNSSIF ( Fundación Shiwiar Sin Fronteras) which is a Shiwiar NGO which mission is to revitalize the Shiwiar culture and promote environmental education among is people.

So these small community has found a solution to get back their ancestral land on legal way: to buy it through their confederation. But how to get money to buy land ? what can they sell ? They focused about the most radical bizness in our global world: Tourism ! But to have tourists in their village, they need an “airport” to catch some small airplanes. They cuted some trees and they did it and they conceived an eco-tourist project. They started to promote it and they got a first eco-tourist, he was french (Pascal Languillon) and he decided to help them to manage their eco-tourism project.
How to communicate about it? the solution is so easy: by making a website in three languages:
http://www.ikiam.info

The circle is already finished, one of the last virgins humans in our world have reached our world through internet…
By being first really shocked and impressed by this big step, I understood immediatly the main reason:
Their society is dealing with reality through hallucinations and dreams (a kind of layer on physical reality, a way to break the miror…). What is internet ? if its is not a kind of powerful dream which has the faculty to interfer on our daily life realities ?
Before our culture were considering our evolution through a positive point of view based on progress, but we can see that this is not the indians who has done a huge step, but our societies by passing through modernity has reached a pre-modern state
We can understand on an easy way why they choosed the most radical bizness model and way to promote it from our global world. They didn’t decide to sell gaz or gold, they decided to use internet and tourism to promote their culture, identity and to keep it as safe as they can…

This phenomenon is a perfect example of the consequences of our global world. Our global world is not dealing anymore with colonialism, borders, lands en territory, it’s dealing with our fantasm and dreams. That’s why these indians reached it so easy.